5 Reasons Nobody Cares About the Rohingya

Considering how little the American media, and to only a slightly lesser extent their international counterparts, have covered this latest outbreak of violence between Buddhist nationalists and minority Rohingya Muslims, you are squarely in the majority if you have no idea that dozens have been butchered and hundreds have attempted (unsuccessfully) to  flee their homeland.

All while the world remains silent.

It wasn’t supposed to be this way. The days of mass expulsion and unchecked, government backed aggression was assumed to be a relic of a bygone era. With citizen journalism filling the few gaps overlooked by a 24-hour news cycle, how has the plight of the Rohingya Muslims been largely ignored?

For better or worse, the Middle East is an area of the world that garners, even during “normal” times, plenty of coverage and commentary. When extraordinary events occur in the region, they innately draw the world’s eyes and ears – and news cameras.  The same can hardly be said for Southeast Asia. Even with China’s ascendancy on the world stage, American simply don’t care about Asia. In fact, the vast majority of Americans probably couldn’t spot Myanmar on a map, given the trouble they have even pointing out nation they’re at war with.

What’s more, we can’t even decide what to call the country. Among the few news reports that have acknowledged the crisis, “Burma” and “Myanmar” were used interchangeably. Given all the media items vying for our scarce time, this added bit of confusion likely undercut whatever traction the story might have otherwise had.

As the ongoing – though, hopefully, close to concluding – crisis in Syria evidences, social media cannot in itself solve all the world’s ills. Facebook is not in the business of feeding the hungry and Twitter does not topple dictators. In an age of ever decreasing attention spans, however, these tools expand a story’s global mindshare. The more people “like” and “retweet” news of a tragedy, the higher the chances that something will be done about it.

In the case of the Rohingya, there hasn’t been anything near the critical mass that the Arab Spring garnered. Part of the reason, as mentioned, is a general dearth of interest in this part of the globe. Just as important, perhaps, is the lack of a Rohingya representative, a Western media darling that, like Mona Eltahawy did with Egypt, presents the crisis in terms that an American audience can understand and sympathize with. In essence, if your not seeing it in your Facebook newsfeed or Twitter stream, don’t expect to see it on your nightly news.

3) No Land to Call Their Own

One’s mobility, identity and, more importantly, access to rights is fundamentally linked to their national affiliation. As there is hardly a patch of land or water on the globe not claimed by some sovereign nation, the notion of a landless people seems like it should be an anachronism in the modern world. If only that was the case.

The issue of statelessness is all too familiar to Muslims who have for generations witnessed the suffering of Palestinians under Israeli occupation. Yet, in some ways, the Rohingya do not even enjoy the modicum of civil rights afforded to the Palestinians. Since the approximately 800,000 Rohingya living in Myanmar are denied citizenship status by the military government, their land is routinely confiscated, their children are denied any education beyond what they internally receive within the community, adults are denied the opportunity to look for work outside their village, and they can’t even marry without getting authorization to do so. As David Camroux, a top commentator on Islam in Asia, succinctly put it: “The Rohingya are the Roma of Asia, nobody respects their human rights.”

4) Getting in the way of “Democracy”

Oftentimes – though, certainly, not always – the West will rally to the aid of oppressed peoples if their oppressor fits the “bad guy” mold. The interventions in Rwanda, Bosnia and Somalia, for example, allowed Western powers to construct a narrative of “good” versus “evil.” When the roles are not so neat, when, for instance, the oppressor is a “necessary evil,” then NATO, the UN, et al. get far more gun shy – witness the past half century of Middle East policy. Just imagine the inertia, then, when the “bad guy” is being billed as the “good guy.”

Prior to this recent outbreak of violence, Myanmar was drawing positive headlines for its “democratic transition.” Over the past year, President Thein Sein has made strides towards greater openness and representation in his country, garnering praise from the international community and audiences with top dignitaries from America and Europe. Within this new democratic paradigm, however, it seems there’s no room for the Rohingya.

Top officials and activists in Myanmar have either tacitly or explicitly – more often, the later – shown their disdain for the Rohingya. No less a figure than the president himself openly said the Rohingya are not welcome in his country. Following this declaration, exiled Burmese democracy activists in Japan voiced their support of the president’s stance. Perhaps most appalling, however, is the cowardly silence of Myanmar’s celebrated Nobel Peace laureate, Aung San Suu Kyi, as her country continues its policy of ethnic cleansing.

Shockingly, the world’s economic superpowers don’t appear to be supportive of Myanmar’s “democratic transition” out of reverence for the ideals of freedom and liberty. They would likely be much less enthusiastic about the country’s newfound openness if it wasn’t for the its vast, largely untapped natural resources. Multi-national and sovereign backed corporations are jockeying left and right for a piece of what could be the next big growth story in Asia (the Economist Intelligence Unit estimates an 85% chance for growth to rise 75-100% in the next eight years).

With such heady prospects, it is no surprise that Hilary Clinton’s recent visit with Thein Sein, which came two days after the US eased sanctions on Myanmar, was centered on business and long-term investment opportunities rather than ongoing human rights abuses. To be fair, Clinton did bring up the plight of the Rohingya, calling them “internally displaced persons” in an affront to President Sein’s call for the UN to resettle the Rohingya outside Myanmar’s borders, but the issue was dropped just as quickly at it was raised. We can’t have a few thousand ill-treated Asians get in the way of Corporate America’s potential windfall, after all.

I can almost see it.
That dream I’m dreaming, but
There’s a voice inside my head saying
You’ll never reach it
Every step I’m takin’
Every move I make
Feels lost with no direction,
My faith is shakin’
But I gotta keep tryin’
Gotta keep my head held high

The struggles I’m facing
The chances I’m taking
Sometimes might knock me down, but
No I’m not breaking
I may not know it, but
These are the moments that
I’m gonna remember most
I’ve just gotta keep goin’, and
I gotta be strong
Just keep pushing on, cause 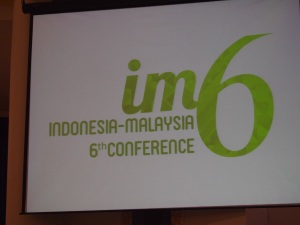 Social media has become a global phenomenon and Asia is the largest market in terms of  consumer  participation.  The  study  conducted  by  Universal  McCann  indicated  that  all  social  media  platforms grew  significantly  and  showed  an  increase  in  penetration  rate  from  33%  in  2005  to 83%  in  2008.  In  Asia,  a  total  of  456  million  users,  which  is  one  third  of  the  world’s population online, engage with social media activities. For instance, favourite activities for Singaporeans are blogging, social networking, and online forums, while Malaysian seems to prefer blogging and interacting and social networking sites such as Facebook. Internet  users  in  Thailand  are  inclined  to  be  more  attracted  to  the  “citizen-journalism”, blog or any platform of news sharing while in Indonesia, the use of instant messaging via  the  Blackberry Messenger (BBM) to communicate and  interact  in  the  cyberspace  is popular.  This  shows  that  social  media  is  used  to  interact,  collaborate,  and  share digital  contents  as  well  as  build  the  digital  networking  that  encourages  its  members  to connect with each others. This paper discusses the use of social media in Malaysia and Indonesia and how it can be used and bring benefit the relationship among the people of the two countries.